Passion was evident at last night’s public hearing into Bosa’s proposed redevelopment of Lynn Valley Mall, a culminating point in what has been an exhaustive and exhausting journey for North Van District staff and council, the developer, and the community itself.

The overflow crowd first heard a presentation from district staff, who explained key points regarding the proposed development that would include 399 residential units in six phased-in  buildings of various heights, and its context in the Official Community Plan adopted by district council in 2012.

Bosa  consultant Mark Sager and project architect Chris Dikeakos next spoke to the community support they have received for the “Whistleresque” design that features natural stone and timber building materials, a terraced-back building design, three open plazas and a $4.5 million public amenity package. 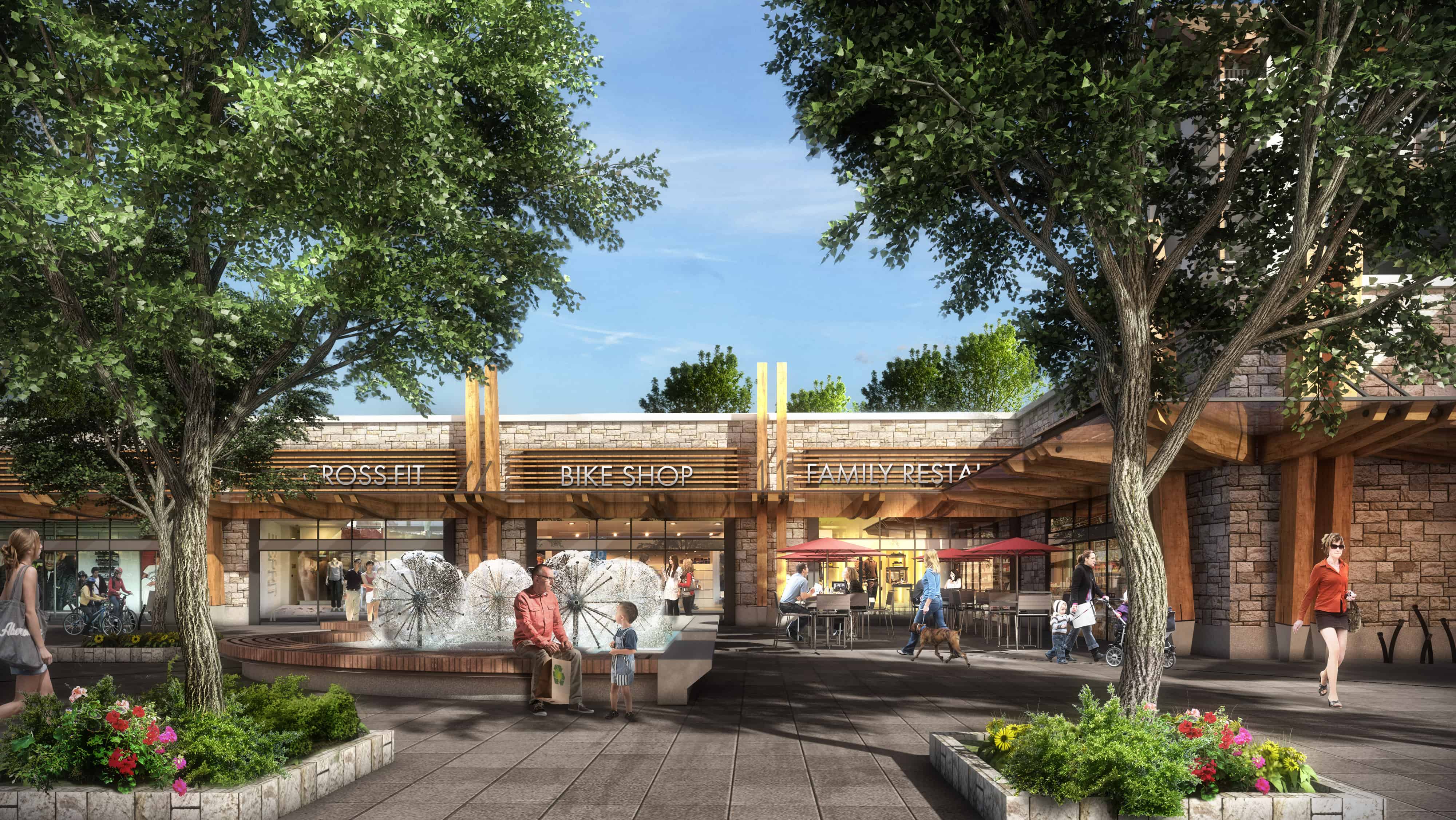 Support was indeed evident from members of the public who addressed council about the development, most of whom said that the Lynn Valley core was in dire need of revitalization and the amenities that a higher-density usage of the area will bring. Some benefits quoted were more affordable housing that would give options to first-timers, downsizers, and the disabled; a more engaging, liveable town centre that would result in more people staying in the valley to do their shopping and socializing; and the preservation of our forests and single-family neighbourhoods through concentrating growth at the town core.

There were also detractors of the project and its two proposed 12-storey buildings, as well as those who liked the Bosa design but expressed concerns regarding traffic and increased density. Traffic has indeed emerged as a primary theme in this ongoing debate. Both North Vancouver District staff and Bosa Developments point to expert traffic studies indicating that new roads and other transit enhancements that are part and parcel of the project will result in a negligible impact on current traffic flow. For some people in the crowd, however, these studies were not enough to overcome their conviction that vehicular gridlock will be the inevitable result of the proposed densification.

Glenn MacKenzie stated that he is “proud to have been a critical voice” in the process, noting that community opposition resulted in Bosa’s originally proposed 22-storey buildings being drastically reduced in height. While he said that Bosa has made a good effort on its new design, though, he believes that there has been “blind acceptance” on NVD council for ongoing development and densification throughout the municipality.

Speaking in support of the proposal, longtime community volunteer Maureen Bragg said the town centre land “must be put to its highest and best use” and that “any decision we make must be an unselfish one.”

Presentations regarding what constitutes the “best use” of this valuable property continue tonight at District Hall, beginning at 7 p.m. in council chambers. The public hearing is expected to conclude this evening, with council scheduling a vote on the matter in the days to come. For more information about the public hearing process and the proposed development, click here.