Update, October 13, 2012: Congratulations, Pipers! News just in that this game ended in a  victory for the Pipers, with a score of 36-0 over Eric Hamber.

For the first time in 31 years, Lynn Valley football fans will have the chance to watch a home game on the Argyle School field, at a 1:30 p.m. kick-off against Eric Hamber School.

The Argyle Pipers football teams – dormant since the early 1980s – made a long sought-after comeback last year, thanks to the persistent efforts of gym teacher Milan Boljuncic (now co-head coach, along with Dave Heskin), private donors, and passionate parents such as Shane Sheehan, a Piper MVP in the ’70s (his son, Grady, is a Grade 12 player on this year’s team).

It’s not easy getting a team rebuilt, virtually from scratch. The boys had to be kitted out, and the helmets alone were $300 each. Necessary items were purchased with the help of generous donors and fundraising efforts by the players and coaches. (LynnValleyLife is proud to join the team as a new sponsor, and is looking forward to cheering on the players this Sunday!)  Another stumbling block was that the grass field needed upgrading to be able to accommodate a football game, which is why no home games were possible last year.

And while the old Piper magic has come back strong, to judge by the enthusiasm of its players and fan base, the scoreboard has yet to reflect the football team’s rebirth. So far, the seniors have yet to score in any of the four games played this season.

But the team’s spirit remains strong and everyone realizes that Rome wasn’t built in a day. This year will provide an extra challenge for the players,  in that the Pipers have now been moved up a division, into AA, after just one year spent at a lower tier. As many players on the team are rookies, there will be a lot of “learning by doing”.

To judge by the eagerness on the faces of both the players and their supporters, though, they are more than equal to the challenge. You can help them make the play by coming out on Saturday to cheer them on – and coming back to the field the next day to test drive a Ford vehicle. For every driver who comes out for a  buzz around the block, they’ll donate $20 to Argyle School! All details are here.

In the meantime, keep your fingers crossed for some crisp fall weather for Saturday’s game, and come enjoy some good family fun! Kick off is 1:30 p.m., but fans are encouraged to come at 1 to start some spirit-building!

Grade 9 and 10 students are on the Junior Varsity team, and play on Wednesdays. The Grade 11 and 12 Varsity team plays on Fridays and Saturdays. Season schedules for both can be found here (search under AA Varsity). 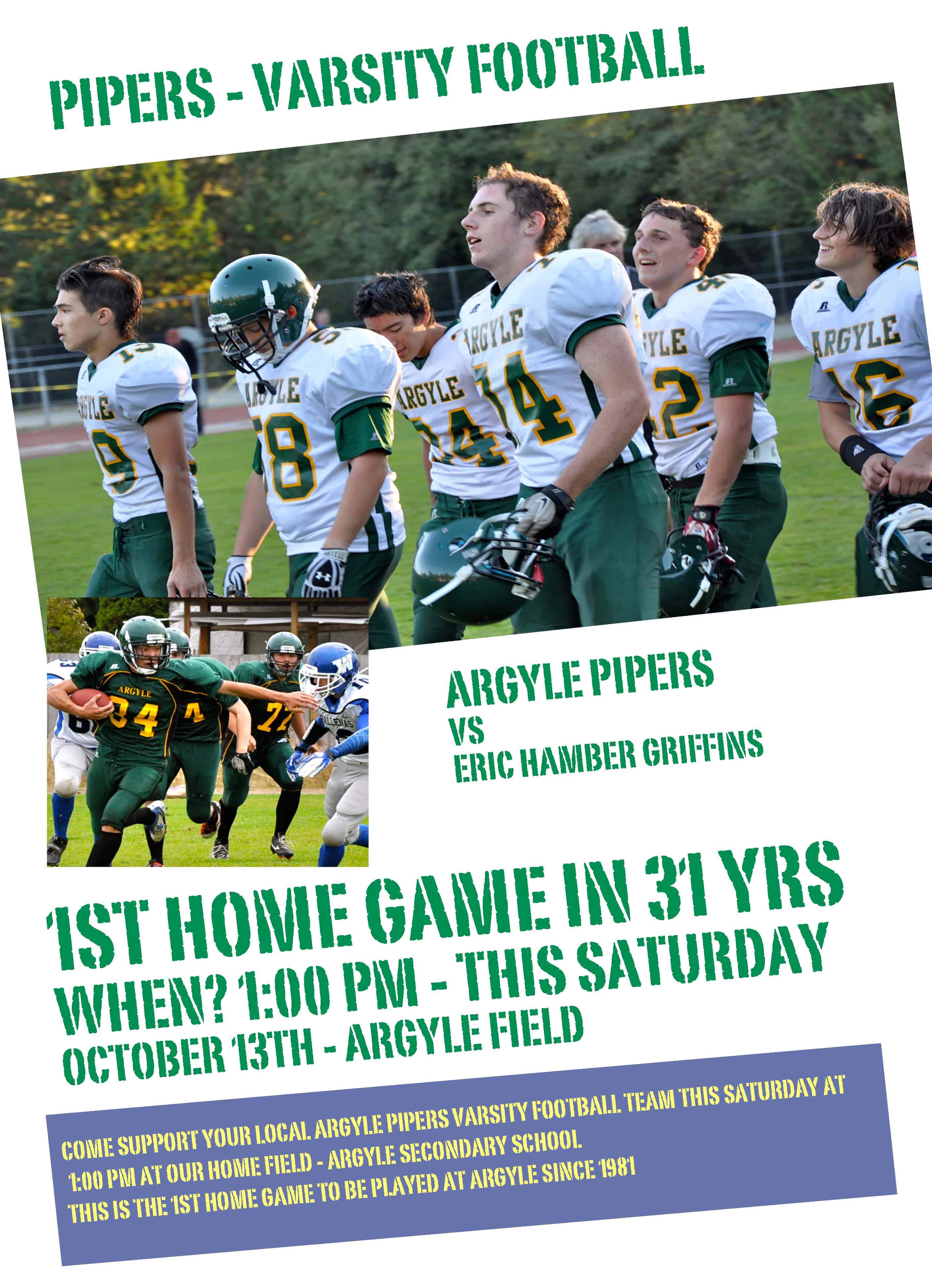