FROM THE EDITOR: The sound of sirens isn’t too unusual in Lynn Valley, especially during the summer months when it’s often assumed emergency responders are en route to a mishap in Lynn Canyon.

While those occurrences can sometimes be tragic, we’re lucky to live in an area where emergency vehicles are generally responding to accidents or medical incidents rather than high crime and skulduggery. But the noise of a helicopter circling overhead late at night recently prompted one LynnValleyLife reader to ask “If we hear a chopper at night, does that mean a serial killer is loose in the woods?” 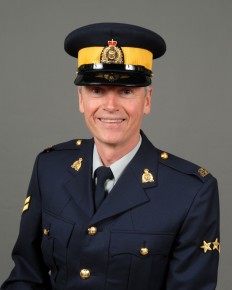 An excellent question, we thought. So we took it to Cpl. Richard De Jong, the North Van RCMP media relations officer who is always happy to help answer our queries. In short, the answer is ‘no’ – it could be up there for any number of reasons.

There are two helicopters in the Lower Mainland that are jointly owned by the RCMP and other police agencies, ICBC, and the provincial government. Available 24 hours a day, they are dubbed Air 1 and Air 2 (names reminiscent of those in a high-action movie, or, alternately, The Cat in the Hat).

The choppers are deployed in a wide variety of situations, from high-speed traffic chases, to locating lost individuals, to providing support in potentially dangerous situations – such as the recent capture of an individual being sought for a double homicide in Burnaby. Cpl. De Jong says that along with the pilot, there is always a police officer on board in case the helicopter has to set down to make or assist in an arrest.

“To the officer on the street who is in a foot chase or a vehicle chase, having a ‘partner’ up in the sky that can move quickly and have a bird’s eye view of the developing situation… can be life-saving,” said Cpl. De Jong. “Often, just having the police helicopter show up at a volatile scene or chase has a defusing effect.”

That said, in our area it is often visibility more than volatility that is the issue. Lynn Valley, he notes, is in a mountainous area, and often the reason a helicopter is brought in is to help locate individuals lost in our back country.

At night, Air 1 and Air 2 are invaluable because they are equipped with special lights that can detect movement and heat in complete darkness (sorry, parents, they are not available to help you track errant teens who may have missed curfew, or nab that bear that keeps feasting on your fruit trees!)

For more information, and a narrated audio-visual clip of Air 1 on patrol, visit here. And rest assured, when you hear those distinctive chopper noises in the sky, the chances that it’s due to an axe-wielding bogey man are slim!