Lynn Valley trail runner Julie Flynn has taken her experience in the forest and created a adventure story to help children be prepared for the outdoors.

“Every Monday morning as I was getting up I would hear about North Shore Rescue being out all weekend and how they had saved someone,” she said. “For weeks and weeks I thought ‘Why aren’t these people prepared when they go into the mountains?’  and I realized I could write about that.” 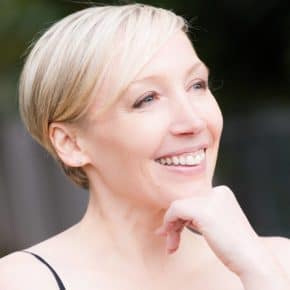 With a passion for writing, this idea was just the catalyst Flynn needed.

“I have always wanted to write a fairy tale,” she said. “I am trail runner and I thought it would be great to write about our beautiful mountains.”

In its 30 pages, Finn and the Magic Backpack tackles North Shore Rescue’s 10 Essentials in a fun and engaging way.

“There are a lot of kids who are doing way more stuff than I think I did when I was young,” she said. “Kids are out hiking now. It would good to drum it into them early that they need this stuff – even with their parents.”

“The trails and forest were so inspiring,” said Flynn. “I would know what kind of feeling I wanted to create and have in mind how the essential [item] would look in the illustration to appeal to children and I would write the story to share that.”

While Flynn hopes the book will have mass appeal for any child who embraces the outdoors, there are plenty of North Shore icons that local kids are familiar with.

“Mount Seymour is in there,” she said. “There is the General and the General’s Wife – two huge cedar trees who are the magic talking trees. There are the yellow gates that are all over the North Shore marking trails. There are even the triangle trail markers of the Baden Powell.”

Flynn took advantage of the rise of resources and online marketing for writers, using her own motivation to publish the book herself.

When the book was released last summer it was very warmly received with some early traction on Amazon – reaching number one on its children’s camping chart.

“It’s pretty exciting. It has done quite well,” said Flynn. “There have been people in the community that have really supported it. The launch at End of the Line was almost overwhelming. I sold out of all my books. Children really love the pictures and after each section when they turn the page they find it really exciting to have a cliffhanger where they don’t know what is going to happen.”

With one book under her belt, Flynn is already thinking of other stories.

“For the next one, maybe Finn will meet his granny and she will be really cool, love the outdoors and hike all over the place and they would go off on a big adventure together,” she said.

Finn and the Magic Backpack can be purchased at the End of the Line General Store or Amazon and a copy is available at the North Vancouver District Public Library.