How Rapid Notify system was deployed in search for senior

Although the recent search for senior Joan Warren ended tragically, the event served to galvanize first responders and local citizens in an unprecedented manner thanks to the use of communication tools such as the Rapid Notify system, an automated system that broadcasts critical messages to listed telephone numbers as well as self-registered private numbers, cell phones and email addresses.

This week we contacted Dorit Mason of the North Shore Emergency Management Office (NSEMO) and Cpl. Richard De Jong of the North Vancouver RCMP to learn more about some of the behind-the-scene practicalities of the Rapid Notify system and other factors that played a role in the search for Mrs. Warren. Their responses have been edited for publication.

To learn more about the North Shore’s plans for emergency response in a variety of situations, and the tools every citizen should employ to self-prepare for urgent eventualities, we encourage you to visit the NSEMO website.

LVL: How long has the North Shore had the Rapid Notify network in place?

Mason: The system has been in place for approximately 18 years, for use by the municipalities on the North Shore. It is funded by Canexus [the chemical manufacturing and handling company that has a terminal on the North Vancouver waterfront] as part of their Responsible Care program.

LVL: How many individuals were contacted in the Warren search?

LVL: It took a few hours for that many telephone numbers to be contacted. Do you think people should avoid registering multiple telephone numbers for one household, so as not to unnecessarily slow things down? 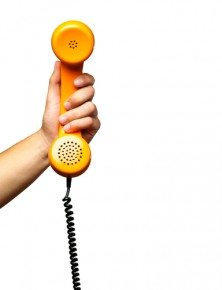 Mason: The length of time for a callout is dependent on a number of factors. This includes the length of the message, how many times the number is redialed (up to three times in an attempt to reach the person), how many rings occur before it is picked up, as well as the number of calls being made.

The message that was delivered in this instance attempted to balance the length of the call with the need to provide enough information to the public to help them act (i.e., search their back yards).

We recommend that individuals self-register and include multiple phone numbers as they may be away from their home when an emergency occurs. The only access the system has to personal emails and cell phones is through the self-registration feature.

The public should also continue to obtain information from the media, social media (i.e., twitter/Facebook sites from the municipalities, police, NSEMO, etc.), agency websites, and so on.

LVL: How precise can you be in terms of what specific neighbourhoods are contacted when the Rapid Notify system is deployed? What was the scope of the Joan Warren call-out, and what factors played into that decision?

Mason: The decision by the RCMP was to encompass a radius of approximately 5 km from the care home on Friday night, and on Saturday to expand the callout to other parts of the North Shore.

LVL: The Rapid Notify telephone alert wasn’t as specific as to Mrs. Warren’s point of origin as was the original press release (the phone call alerted people to a senior missing in North Vancouver, while the press release was Lynn Valley-specific). Why was the phone message not as specific?

Mason: The decision was made to not include the location because we needed the community’s help to look for her throughout the North Shore. If a location had been given, our citizens may not have made the effort to search their properties because they felt it was not within their neighbourhood.

LVL:   There were so many citizens who wanted to help. Were any lessons learned for the future as to the potential for efficiently harnessing this people-power? Did you have concerns about citizens out bushwacking in the woods?

Mason: During any emergency, members of a community come together to help each other. This is a fact that has been seen all over the world during disasters and is the first step for community recovery.

We were so grateful to the citizen action – our community banded together to search for a vulnerable individual and although the outcome was tragic, it is truly an example of how our community responded to the call for help.

The message instruction was specific to searching their properties/backyards because we did not want citizens to go into any areas that could put them into danger. Other efforts were being coordinated by the RCMP to search these areas.

Cpl. De Jong: There was a lot of public interest.  North Shore Search and Rescue also re-twitted our press releases and Tweets, which gave more exposure as well.

Most people kept to their residential area for searching; word got out amongst neighbors and friends.  There were no reports of large-scale confusion or disruption to the search efforts.

A safety message is always paramount in these situations.  Safety of all involved is key. There were no reports of ‘searchers’ getting in the way in the woods or getting lost.

LVL: What other means of communicating urgent messages might be employed? I’m thinking of portable digital roadside signs, for example, for people who aren’t tuned in to the media. Or are you confident that the Rapid Notify system achieves a good saturation of the populace?

Mason: Rapid Notify is only one tool within our toolbox to reach out to the populace. Other methods can include ‘door-to-door’ campaigns by responders, using loud hailers on response vehicles, using media/social media. Utilizing roadside signs is also an option that has been used during emergencies in other places.

We encourage people who live or work on the North Shore to self-register with Rapid Notify as it is one tool that may be used to communicate with them during emergencies. Individuals can sign up for Rapid Notify at www.nsemo.org and include cell phones and emails.

LVL: Any observations or comments about how the weekend search went; what worked really well or what tweaks might be considered for the future?

Mason: As with any response, we always review and tweak response actions after the fact so that it goes more smoothly in the future.

The feedback that we have had with regards to using this system to try and locate Mrs. Warren has overall been extremely positive. I have heard of examples where teenagers informed their parents that after they answered the call they searched their backyards, people were searching the bushes as they were out walking, and individuals took detours around the neighbourhood while out on errands.

Cpl. De Jong: Over all a tremendous show of community support and sympathy was shown for the Warren family.  We can always learn from past experiences and will debrief our successes and challenges.