In 1993 a team of 14 boys from Lynn Valley – just ages 12 and 13 – made their way to Williamsport, Pennsylvania to represent Canada at the Little League World Championship.

This is was a first for a North Shore team and has not been matched since. It was also a first in Little League history because it was first team helmed by a woman to qualify – a moment so important Coach Kathy Barnard’s Canada hat hangs in the Little League Museum.

The run has been documented in an engaging post by North Vancouver’s Len Corben to celebrate the 20th anniversary. Today, for the 25th anniversary we caught up with player Scott Carlson.

“It was a once in a lifetime sort of thing,” said Carlson, now a investment advisor. “We were playing in Lynn Valley and then provincials and then a couple of weeks later grown men were asking for our 12-year-olds’ autographs in Williamsport. I didn’t even know there was a world series until after nationals.” 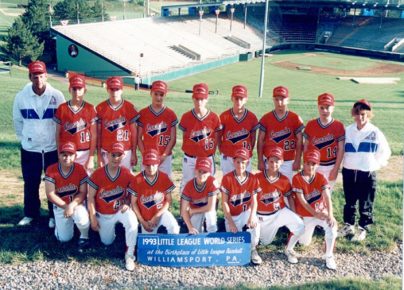 It was a whirlwind summer for those selected as 11/12 all-stars. They had to win regionals, provincials, turn 12 and 13, head out to Nova Scotia for nationals and after a hard-fought victory head down to Pennsylvania – just three days later – for the World Series.

“Personally I found the Canadian championships more stressful – we were playing to be the best in our country,” said Carlson. “The world series was extremely fun – and extremely competitive. But we got to spend a lot time with the other teams. There was lots of fun to be had. It wasn’t just ballpark – hotel – ballpark.”

The team from LV received special attention from media upon their arrival. Coach Barnard’s glass ceiling-breaking achievement created quite a buzz around the tournament.

“She was the coach of [my regular-season team] the Pirates and her son Spencer was my best friend. They lived three doors up from me,” said Carlson. “She was always there – a great coach.”

Memory of a lifetime 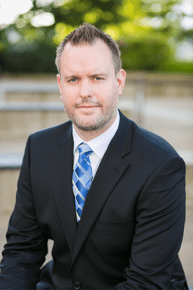 Barnard’s milestone, along with the entire team’s journey wasn’t something that hit home until later years later.

“I don’t think I realized how big it was until I was in my 20s when ESPN and TSN started showing all the [Little League World Series] games on TV,” said Carlson.

Now a North Shore dad in his own right, Carlson looks a back – a bit astonished that it has been 25 years.

“It doesn’t feel like yesterday, but it is the most vivid memories I have. It is really hard to reach that level of play – the world championship. It was such a unique experience,” he said. “It is great to sit back and think about it – and to dream of being on of the boys of summer again – just playing baseball.”