There has been a lot of planning and future thought put into the development of Lynn Valley and the District of North Vancouver as a whole. Lynn Valley’s unique mountainside location has more than just human neighbours. We reached out to the DNV to learn more about the policy and planning that is going on to protect and promote wildlife in the community.

In July 2021 the DNV council adopted an OCP Action Plan. It was a process to check-in on the current OCP adopted in 2011.

“ The OCP Action Plan includes a priority action to strengthen the resiliency of natural environments, with the goal of protecting and enhancing ecosystem health,” said Courtenay Rannard, communications coordinator for the DNV. 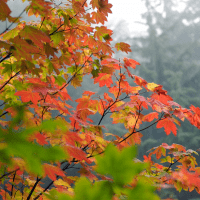 “Council recently directed staff to develop and implement a biodiversity strategy to protect, restore, and enhance ecosystem health within our community, including protecting and enhancing wildlife habitat and ecological networks.”

“As they grow, these trees provide shelter and food for many species and animals,” said Rannard.

The North Shore is braided with streams and creeks. These unique features are foundations of local wildlife habitat and their care and protection are top of mind at the District.

“We’re in the process of developing an Integrated Stormwater Management Plan, which will improve streamside habitat, reduce pollution in our creeks and streams, and improve groundwater conditions,” said Rannard.

The DNV has designated streamside (riparian) protection development areas which aim to protect the natural setting, ecosystems and watershed.

“Riparian areas are home to many different species of wildlife and serve as important wildlife corridors throughout the district,” said Rannard. “Wildlife corridors are crucial to promote the safe movement of birds and animals, as well as respite areas in urban settings. If a resident owns a home that falls within this DPA and wants to seek a building permit, they must first go through a review with the Environment Department before a permit is issued.”

There are similarly designated areas protecting other natural areas, and like streamside protection areas, require homeowners must first go through a review with the Environment Department before a permit is issued.

Some animal protections have been put in place like the 2020 ban on anticoagulant rodenticides.

“By banning rodenticides where we can, we are actively supporting owls and other birds of prey by removing rodenticide from the food web,” said Rannard. “While owls are the most studied species when it comes to rodenticide, research has shown that many other species are negatively impacted by rodenticide including songbirds, raccoons, and coyotes, as well as domestic animals like cats and dogs.”

Another key management area is to reduce the amount of invasive species in the area.

“Our Invasive Species Strategy guides our work to prevent and control harmful, invasive plants such as knotweed, hogweed, and English Ivy,” said Rannard. “More than two dozen species of invasive plants have established in the District. Other examples of invasive species include the European fire ant, goldfish, and many others.”

In recent years residents may have noticed a change in our forests parks. There is more material left behind after maintenance, which is all a part of a larger restoration plan.

“We leave large woody debris in our parks when we plant restoration areas,” she said. “We identify areas where large woody debris can be left as small mammal habitat. We know that small mammals need logs to run on and, more importantly, under. Where possible, we also leave wildlife snags (standing dead trees) in these areas to provide habitat for cavity-nesting birds and other species.”

As we live alongside wildlife there are practices homeowners can undertake to better co-exist.

“We all have a unique set of responsibilities when it comes to living so close to the wilderness,” said Rannard. “Properly managing household waste is one of the most impactful ways that residents can help.” 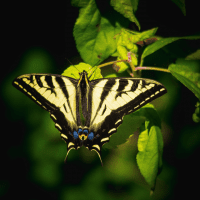 “Each year as bears come out of hibernation and wildlife becomes more active, we work closely with the North Shore Black Bear Society to educate our community on ways to reduce encounters between humans and local wildlife,” she said. “Keeping properties clear of attractants, only setting garbage and organics carts out in the morning (never overnight), and being generally respectful of animal habitat areas are all ways our community can co-exist with wildlife.”

While we take care of the biggest neigbours there are also opportunities to support our tiniest neighbours and the good news it means less work for homeowners.

“Simple things can make a big difference,” Said Rannard.  “For example, by not keeping your garden too tidy in the spring, residents can support native bees overwintering in the vegetation. Planting pollinator-friendly plants can also have a big impact.