It’s election time! You can’t escape the political rhetoric and discussions dominating this month’s media. While you are getting a sense of the central issues crucial to each party’s campaign we wanted to make sure you have faces and a bit of background to put to the names we are seeing on signs throughout the neighbourhood. We have collected information directly from each of their websites so you have it all in one place.* 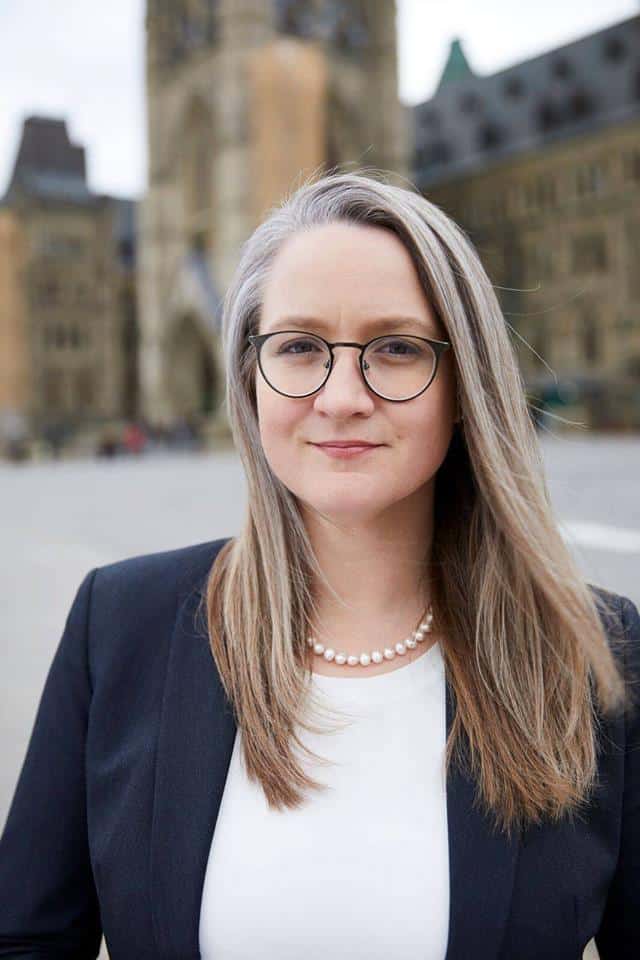 Justine grew up in North Vancouver and has strong family roots in the area. Now a mother to an energetic toddler and partner to a new Canadian, she’s committed to building a future where everyone can afford to live a good life.

As our MP, she will take strong action on climate change and genuine reconciliation with Indigenous Peoples. Justine is passionate about affordable housing. Right now, everyday people can’t afford to lay down roots in North Vancouver – but Justine is fighting for solutions like affordable housing units that will make it possible.

For the past 10 years, Justine has served as Senior Advisor at Global Affairs Canada on key issues like ending poverty, fighting climate change, and building a strong economy that benefits everyone – not just those at the very top. 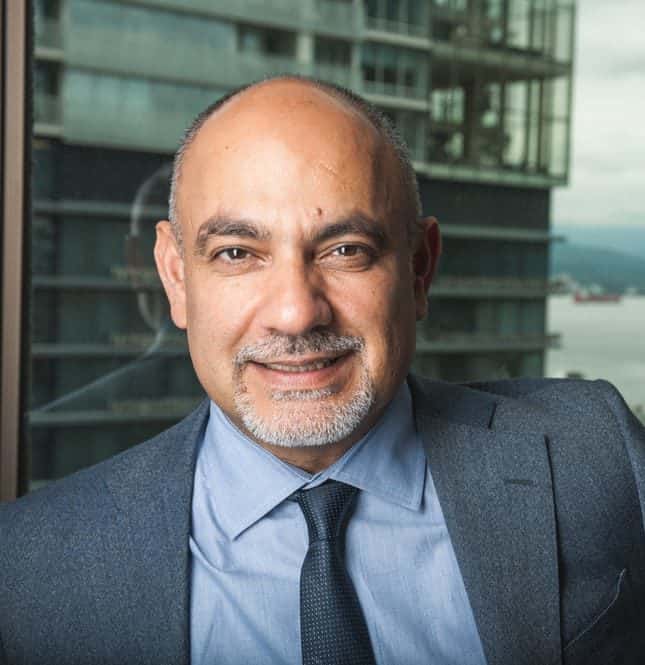 My name is Azmairnin Jadavji and I want to get Canada back again.

I emigrated to Canada from Tanzania with my family when I was 10 years old. My father and mother were both professionals, hardworking independent freethinkers. Canada has been built on the promise of endless possibilities—if you work hard, you will thrive.  We cherish our new life we have built in Canada and most importantly, we want to maintain the values inherent to Canada.

Becoming Canadian, first and foremost, taught me to carve out my own destiny, it was an opportunity to start fresh in a country that embraced and valued purpose. My upbringing and my surroundings shaped the success I celebrate today. I am fortunate to run my own business that I founded 30 years ago on the concept of helping others achieve a better quality of life. All of my four children are being taught the same values that I was raised with by my family and by this great nation.

Canada has changed, the current political landscape has taken the Canadian value system and diminished it to the point that I don’t even recognize the Canada we worked so hard to emigrate to. I am a North Shore resident and I am running with the People’s Party of Canada in the North Vancouver riding to restore Canada.

We deserve better, we deserve a country based on the same principles it was founded on. Help me help restore Canada. Your vote matters, your opinion matters. I want to hear what you have to say, I want to help your voice be heard in Ottawa. This is a journey we can do together, a journey that promises to restore the value systems that this great nation was fundamentally built on, but I can only do it with your help. 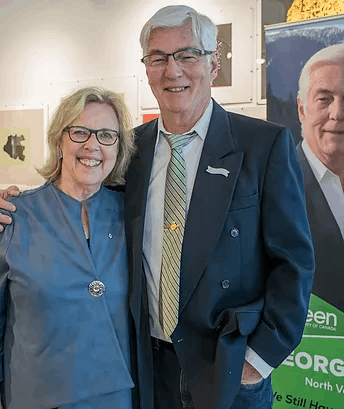 Born and educated in Toronto, George Orr spent his formative years with a strong desire in his heart to make a difference in the world. He helped start Pollution Probe, Canada’s first environmental movement, in 1969 while also working as the first full-time reporter for the York University newspaper.

​Now, George has called the North Shore home for over 40 years. He is blessed to always have the support of his loving life partner, Anne, and three splendid grown children. Despite having children who live in Mexico and Australia, all the members of his family still consider Vancouver their home.

​George has seen his career take many different turns: a cabinet-maker, B.C.-based reporter, and educator for important members of our community like journalists and police. As a journalist himself, he worked in Vancouver’s major broadcast newsrooms, looking at every story and issue through an objective lens which eventually served to form his worldview. George is also an award-winning documentary producer; a feature focused on historical and social issues. As a filmmaker, he explored complicated issues by taking the time and care required to explore each individual story to the fullest sense. He has made his career a life-long study of how we inform ourselves about the world issues and local challenges around us.

​In addition to his professional work, over the course of his busy life George has coached his children’s soccer teams and is an avid amateur athlete, with a great love of both rugby and hockey. He has stood on countless fields and sidelines with neighbours and friends, weathering the sun, rain and snow to cheer on his kids and teammates alike. He also holds a 2nd Degree Black Belt in Taekwondo.

​George’s environmental and political beliefs were shaped by Rachel Carson’s Silent Spring and reinforced throughout his involvement as a founding member of Canada’s premier environmental group, Pollution Probe. As a [Baby] Boomer, George knows his generation has been responsible for many great accomplishments; however, many of these actions were short-sighted and have led us down a dark path of environmental unsustainability. He believes we are now at the tipping point, and that we must act to protect this beautiful piece of the universe we call home. He considers it his duty to leverage his skills, experience, and knowledge to carve out his own space in the political landscape in order to strengthen the voices that speak for enacting real, lasting change. 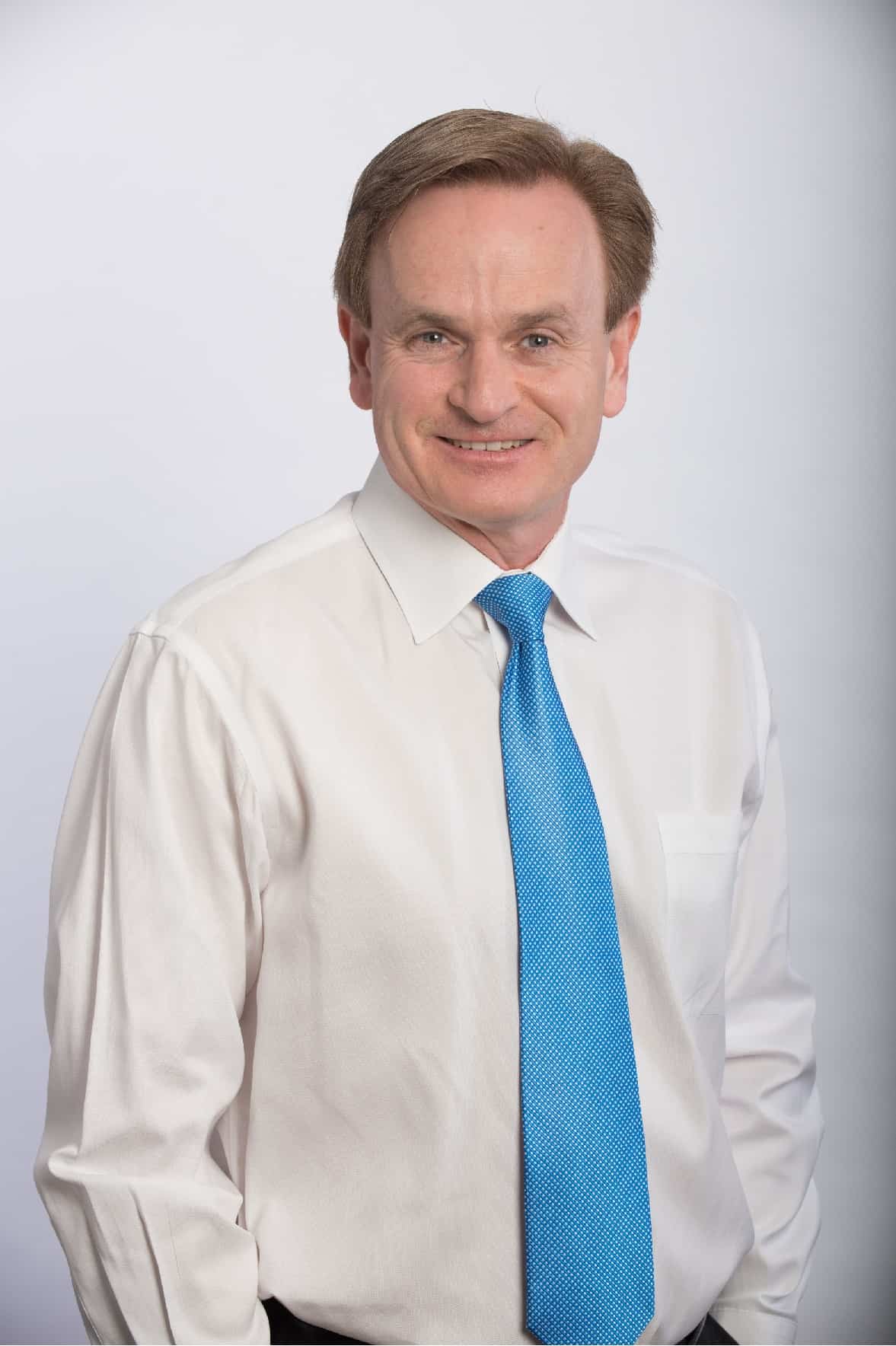 I was born in North Vancouver, British Columbia, to an immigrant father who had come to Canada in search of a better life. In 2006, I decided to answer a higher calling and set out to serve both North Vancouver and my country by running for federal office. The people of North Vancouver placed their faith in me by electing me as their Member of Parliament in 2008. I was grateful for their trust and proudly served them from 2008 until 2015.

As MP, I worked hard to secure millions of dollars of funding and investment for North Vancouver projects, including the new film school at Capilano University, the new Polygon Gallery in North Vancouver, and the soccer bubble and artificial turf field at Windsor High School. Although the 2015 election was a difficult loss, I understand that after ten years in government people wanted a change.

I was proud of what I had accomplished and the economic record of the Conservative government, including leaving Canada with a budget surplus and a strong economy. However, since the Liberals have gained power, we now have unimaginably large deficits, rapidly climbing debt, and economic uncertainty brought about by poor government policy and indifference to investment in this great country. We have all seen a severe erosion of trust with numerous scandals and violations of ethics laws, all pointing straight to the Prime Minister’s office. This is not what Canadians voted for!

We need to hold the Liberals accountable and we need to restore faith in our political institutions and Canada’s economic future. I understand the issues, I understand the North Shore community, and I understand what this country needs after four tumultuous years of Liberal government. Therefore, I am seeking your support in winning North Vancouver back for the Conservative Party of Canada, a riding I was born in, and am proud to call home. 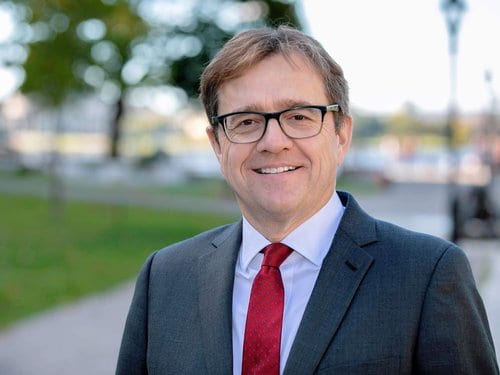 Jonathan Wilkinson is the Minister of Fisheries, Oceans and the Canadians Coast Guard and the Liberal candidate for North Vancouver. Prior to entering politics he spent more than 20 successful years in the private sector, having held leadership positions with a number of companies dedicated to the development of green technologies, and was previously the Parliamentary Secretary to the Minister of Environment and Climate Change, until 2018.

His time as CEO of both QuestAir Technologies and BioteQ Environmental Technologies, in addition to his time as senior Vice President of Business Development with Nexterra, has provided him with extensive experience in the energy and environmental technology sectors. Jonathan also previously worked at Bain and Company, a leading global management consultancy.

A Rhodes Scholar, Jonathan made use of his educational background in public policy when he worked as a constitutional negotiator and a federal-provincial relations specialist. He has served on several industry and charitable boards, including the United Way of the Lower Mainland and the B.C. Technology Industries Association. He has also formerly served as a board member and treasurer of the Walter and Duncan Gordon Foundation.

Jonathan has deep roots in North Vancouver, where he has spent the last 16 years raising his family alongside his wife, Tara. An avid runner and outdoorsman, Jonathan also serves as a coach for the North Shore Girls Soccer Association.

*We have edited to remove calls to vote for a specific candidate.