Thanks to our internet-connected world, a little piece of Lynn Valley history recently came to light.

Kim Wertenberger of Wapato, Washington, sent LynnValleyLife a photo of a much-cherished trophy that once belonged to her grandfather, Brian J. Ingoldsby. “I love it dearly and wanted to share it with you,” wrote Kim, who had unsuccessfully tried to make contact with someone in Lynn Valley years ago. This time, her internet search found an appreciative audience in the LVLife editorial office. 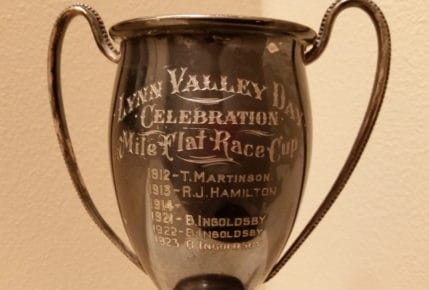 The trophy was given to Mr. Ingoldsby for winning the “Mile Flat Race” in 1921, 22, and 23. The race was run at the first-ever Lynn Valley Day in 1912, and again in 1913, but there is a significant gap in the dates while World War One interrupted such idyllic pastimes. (For a first-hand account of another Lynn Valley man’s experience of this period, see Walter Draycott’s online chronicle of The Great War.) It must have been celebratory indeed when Mr. Ingoldsby won the race when it made its reappearance in 1921.

Says Kim: “I was told that [my grandfather] qualified for the Olympics as a runner, but was spiked by another runner’s shoe so couldn’t participate.  I’m not sure about the truth in that or even if I am remembering the story correctly…but he won this trophy three years in a row so he must have had some skill!”

However, Kim kindly did some family research at our request to come up with some known facts about Mr. Ingoldsby, who was born in November 1903 in Sydney, Australia.  The family emigrated to Portland, Oregon, in 1907, and made their way to our province soon after, where her grandfather went to school in North Vancouver (distinguishing himself at the 1918 District Schools’ Sports Day, according to an online source!) 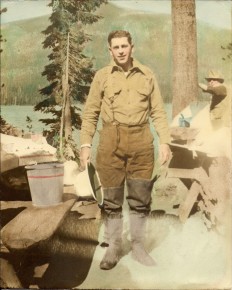 After graduating from college he went on to post-grad studies in Seattle and earned a degree in Structural Engineering. During the Depression, he and his wife Anna moved back to BC where he took part in trapping and the fur trade to eke out a rough living. They eventually returned to the States and settled in Portland, where he worked for the Pope and Talbot Timber Co.

His career took him to Tacoma, where he became the Manager of Sales for the Timber Products Division of Weyerhaeuser Co. Widowed in 1957, he remarried and moved to the San Juan Islands where he remained until his passing in December 1990.

Perhaps some year soon, Lynn Valley Day organizers can honour the memory of Mr. Ingoldsby and other long-ago community pioneers by restaging the “Flat Mile Race.” In the meantime, however, we would love to hear some other historical snippets of Lynn Valley Day celebrations of yore. Readers? We know there are lots of former May Pole dancers out there, for example, so we want to hear your stories at [email protected] – and there are bonus points for sending us photos!

For now, we will give the last word to Kim: “Reading up on your celebration, it looks like you have a HUGE turnout!  Wishing you great success.”

Thanks, Kim, and thanks again for reaching out from Washington! 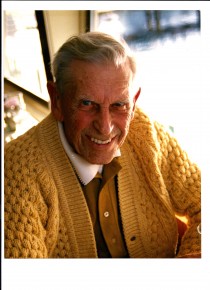