Sylvie Michaud is a neighbourhood mom, craft artist, writer and, most recently, nursing student. Somehow, in the past two years, she found the time to team up with her mother, Monique Michaud, to produce three books for young ones, all featuring the Ringtail raccoon family. She sold them at Christmas craft markets, where the Ringtail clan received much fond feedback. The books are now available for free from Noisetrade publishers, and can be downloaded straight to your digital tablet for bedtime reading!

We caught up with Sylvie this week to ask her about the story behind the stories.

What inspired the Ringtail books? 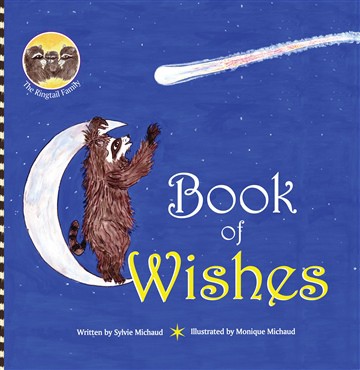 Before my son was born my husband and I had very little experience with children and babies, so when my son came into this world shouting at the top of his lungs and refusing to be out of our arms, we were a bit panicked, to put it mildly. My pre-birth visions had been of a peacefully sleeping baby rocking in a bassinet, while I blissfully looked on. And while I felt more love for this little being than for anything in my life, I definitely needed to readjust my expectations of what motherhood was going to be like.The idea for the books came to me, seemingly, out of the blue about the time my son was six years old. I had not been actively thinking about writing a series of children’s books, but what had been percolating in the back of my mind for many years was the desire to create something that helped parents feel more connected to what it means to be a parent.

I headed to the library to scour books about what to do and got the overwhelming sense that I was “spoiling” Luke by picking him up when he cried and having a “family bed”, but after a couple “sleep therapy” sessions of letting him cry it out alone, I knew I had to do it my own way.

My son is an empathetic, kind, active, and social. He looks to his parents, not his peers, for support and guidance. He is not spoiled, dependent or a “mama’s boy” like the books warned.

It made me wonder how many other parents had listened to advice that didn’t feel right and not listened to their gut instincts. I wanted to help them by returning to some basics.

Tell us about collaborating on the books with your mother….

My mother is an amazing woman. She’s never been one to never let a little fact like she’s never done something before get in her way. She has also been an artist her whole life. When I had the idea for writing the stories I asked her if she would like to illustrate them and she jumped right on it. She was great to work with and kept me focused on getting it finished when I was distracted by other projects on the go. Which I have a habit of doing.

What kind of feedback have you received on the Ringtail books?

My mother and I originally were selling the books at Christmas craft fairs and I think that really gave me the sense that I was touching people deeply with the stories. I had several people cry at our booth after reading one of the stories because they felt so moved. 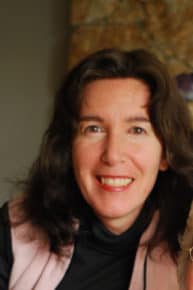 I couldn’t ask for better feedback than that because my purpose in writing the stories was to help parents and children connect on a deeper level about what I felt were the important aspects of parenting. I also had many grandparents buy the books for their own children to read to their children. I also remember one time I was reading to a group of preschoolers and they just kept wanting me to read them over and over. That was so sweet.

What has been the most satisfying aspect of the project? How about the most challenging?

The most satisfying aspect has been the feedback I’ve received from parents and grandparents about the books. It feels so good to know that I’ve perhaps helped a parent and child to connect at a deeper level. As well, when I look at the books, I remember how my mother and I worked together so it brings back good memories. It’s just such a neat thing to share.

The most challenging is getting the word out. While I love to write, that doesn’t necessarily make me comfortable with promoting myself. I definitely am not a self-promoter!

What other writing or artsy projects have you been working on?

I’m currently in nursing school, so my artistic endeavours have taken a back seat, but that being said, I always seem to find a way to sneak some creative stuff into my school projects. For example, I wrote a short screenplay acting out a medical procedure for a group presentation and I wrote an informational brochure about stroke during another presentation.

Where can people find your work?

To read the three Ringtail stories, people can take advantage of an instant download at Noisetrade, or visit my publisher, Crafty Canuck and use the promo code LVLRINGTAIL at the check out for free downloads. I also sell some random zines and activity books on Etsy.

Any future projects you can tell us about?

My life is pretty much taken up trying to get through nursing school at the moment, but I’m sure that I will be back at writing projects when I have more time.

Tell us about your life in Lynn Valley!

I love Lynn Valley. My family moved here about five years ago and we felt welcomed and settled from the beginning. I was involved in starting up a hot lunch recycling program at Lynn Valley Elementary, but now that my son just started high school, I’ll have to find new areas to help in around the neighbourhood. One project that is always in the back of my mind is organizing an invasive weed pulling day in Pierard Park. Snacks included!