A local conservation group offers local gardeners access to native plants, education, and a chance to actively engage in a form of reconciliation. Checking out the Wild Bird Trust’s Maplewood Flats native plant nursery is an opportunity to decolonize our landscape, support biodiversity, and reflect on the original stewards of the North Shore.

When Irwin Oostindie was a toddler he tagged along with his father, DNV’s parks manager at the time, Dirk Oostindie (a former Lynn Valley local with his own fascinating story),  to Lynn Valley Garden Club meetings. Underfoot and under his father’s care he learned the power of cultivating the earth. 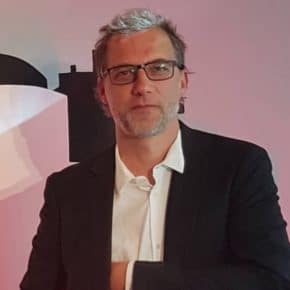 “I grew up in a Lynn Valley family that was about green spaces and gardening, so when I took on the responsibility of president of Maplewood Flats in 2016 I went about figuring out how we could up this nursery business,” said Oostindie. “We wanted to support people’s planting desires with native plants.”

The Wild Bird Trust was created in 1993 to oversee the Maplewood Flats lands. Today it remains the only nature reserve in Vancouver’s Harbour. In 2016, the board recognized some errors in management of the area. Despite being almost linked directly to Tsleil-Waututh First Nations’ land, their knowledge was never sought.

“That was a mistake,” said Oostindie. “For the last five years, we have been repairing the relationship. The plants, the birds, and their culture are all connected. This is not a token gesture. We want to acknowledge there are other world views and approaches. The colonial world view of Lynn Valley – of North Vancouver – is broken because it required the daily alienation of the Tsleil-Waututh and Squamish people. We want to decolonize this view – very publicly. You can be a part of it – with your family.”

The shift in perspective will both be better for the community and our environment, he says.

“It’s a responsibility of settlers to think about history. We think of [Lynn Valley] as being a hundred or a 130 years old but that is such an erasure that these lands have been stewarded by the Squamish and Tsleil-Waututh for millennia,” he said. “So when we use native plant materials we are repairing damage that our community has been unwittingly participating in.”

Oostindie is proud of the role the Wild Bird Trust is playing in repairing past community harms.

“It is an opportunity to think about reconciliation in our own homes, in our own yards, or our own balconies. Think about plants and conservation as an entry point to think about First Nations issues. It’s a physical manifestation – it is something you can actually do to recognize the colonial roots of North Vancouver. 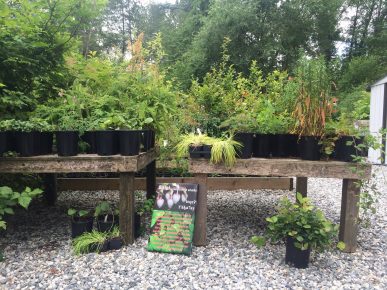 Nestled east of the Iron Worker’s Memorial Bridge the Maplewood Flats Conservation Area is home to five kilometres of wheelchair-accessible walking trails. More than 250 bird species and 40 animal species have been observed within the area. The Wild Bird Trust operates a nature house and its nursery on the site.

The Coast Salish Plant Nursery carries a variety of plants native to the North Shore. All purchases help support habitat restoration and educational programming on Coast Salish culture and ecology. October to March the nursery is open by appointment with the spring and summer offering regular sales on Saturdays. It’s a consumer choice that is about more than just buying a plant, said Oostindie.

“We all love the tall trees, but biodiversity is also the shrubs, the insects,” he said. “There is traditional knowledge in huckleberries growing under cedar trees, and if we think about decolonizing our gardening techniques we open to the millennia of knowledge of the Coast Salish people who were masterful stewards of this environment.

“Think about Lynn Valley being here for thousands of years, not 150 years. Through our plant sales and education programs we help people connect to place.”

The Wild Bird Trust continues to offer education programming throughout the pandemic – online. Details can be found on Facebook or Eventbrite.

“We are pretty bold with our online programming talking about decolonization, conservation,” said Oostindie. “We do programs twice a week – Thursday nights and Saturday mornings. There is always something for people to turn on that is high-quality outdoor education, and that is about 50 percent is with and by Coast Salish people.”

Another pandemic pivot the Trust is proud of is being able to open its nature house to the Tsleil-Waututh First Nation outdoor school.

“One of my goals is that Tsleil-Waututh children know this is their land and that being on it is just normal to them. Ironically a silver lining of covid, has brought them here,” said Oostindie. “We hope they have a connection to this place that their parents were alienated from.”

In May the Wild Bird Trust is hosting a Chief Dan George exhibit the public will be able to visit with covid-safe booking protocols. More information will be available soon. Keep an eye on their webpage and social accounts for details. To learn more about the plant nursery or for details on how to book a buying appointment visit this page.