Argyle students harvested a bumper crop of Remembrance Day poppies from the most unlikely place – their metal work shop. Selling out in under two hours they have raised more than $100 for the Lynn Valley Legion.

When an idea blooms

“It started last year, when a student Ava Johnson – a gifted artist – said, about Nov. 10, she was going to use some scrap to make a poppy,” said Ryan Edgar, a metalwork teacher at Argyle Secondary School. “It was phenomenal and I decided this would be one of the first projects students work on this year.”

As a simple project involving copper and enamel, Edgar had students trace, cut, clean and apply several coats of enamel in red and black. The process takes time and involves repeatedly heating the copper until the enamel powder melts.

“We made over 100 and sold them for a minimum donation of $1 for the legion,” he said. “We started at one lunch hour and by the next morning when teachers who didn’t have a donation the day before came to me – we were sold out.” 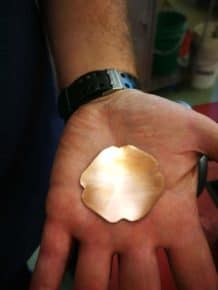 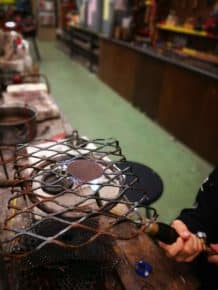 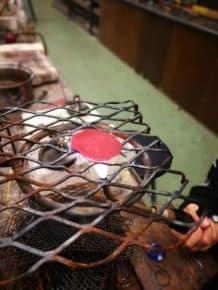 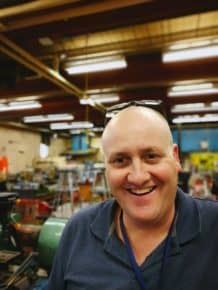 The class project saw a clear shift in the students. Like any project, as the classes went on they began to lose a bit of interest, he said.

“That was the cool thing – once they realized they were giving back to the community – that there would be a significant financial gift – from their hard work, they were back at it,” said Edgar. “Students are way more socially conscious than when I was their age and even more than they were when I started teaching 16 years ago. They really want to help others.”

Edgar and students are well aware they are creating “forever poppies” and took the time to speak to purchasers to encourage them in future years to donate to the Legion.

“We still want people to put a little something in the jar, even if they aren’t getting a poppy.”

With the success of this year’s poppies Edgar hopes to make even more next year. Keep your eyes peeled on the streets of Lynn Valley for these small works of art, and know its our local teens taking the time to remember.

Help the Legion this week

This is a busy time for the legion membership, whose core volunteers are diligently donating hours upon hours.

The Lynn Valley community can help at the legion in many ways this time of year. The main fundraiser and awareness campaign is Poppy Tagging – that is handing out poppies to members of the community and collecting donations.

Lynn Valley community members are asked to volunteer by visiting the legion – 1630 Lynn Valley Road – any day until November 11, beginning at 12 noon. Poppy taggers will be given a tray, a short briefing and assigned a location in Lynn Valley. The work is flexible for whatever time the volunteer has. Locals are also encouraged to pick up a poppy tray to take to their workplace. Call the branch (604) 987-2050 to learn more or volunteer.